Lewton Bus is a sound design term that originated from Cat People, a film produced by Val Lewton in 1942. the film sets out to be deliberatly shocking and tense, which led to the coining of the term. essentially a 'Lewton Bus' is where a built moment of tension is purposefully shattered by a single startling moment, generally something entirely mundane. the example from cat people is the hiss of a panther at the end of a long, creeping track, which turns out to just be a bus pulling up (hence the name, Lewton Bus). This technique has since been widely used in the industry. Famous examples include the moment where the human head pops up out of the bottom of the boat in Jaws, and the scene where the tension is startlingly broekn by the cat leaping out from the control deck in Alien. 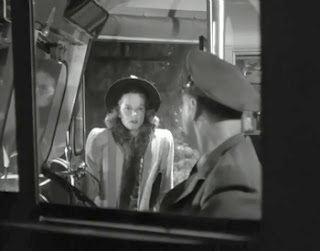 This technique is painfully simple, yet brilliantly effective, particulalry if the 'Lewton Bus' is held off for an uncomfortably long time, drawing the audience closer in anticipation of the tension release the know is coming.
Posted by TrollBoy at 13:06